This nearly two-seasoned city stands right in the middle of Iran among the most interesting deserts. In these lands, people have made wows and adopted such an awe-striking lifestyle to keep peace with the cruel nature of the desert. Therefore, the outcome has brought about wonderful structures, astonishing wind catchers, picturesque views of the region, and kind-hearted people. Another perfect feature of this city flows in the course of underground channels known as qanat or kariz which represents the middle-eastern culture and intelligence. There is a lot to visit in Yazd; from Jame Mosque of Yazd to Dowlat Abad Garden and Water Museum. A unique attraction of this city lies in the Zoroastrian Fire Temple which is the place where the minority of people in this city who are the followers of Ahura Mazda attend to.

At the age of modernism and capitalism, Yazd is one of the cities that has preserved its historical essence and therefore has turned into one of the most precious travel destinations in Iran. This historical museum of mudbrick houses has a lot of attractions that have caused the inscription of this city’s name in the UNESCO’s list of World Heritage Sites. Except for the top attractions, the least thing you can do to smell the scent of history, mud, and desert is to walk around in the historical neighborhoods of Yazd. There’s a lot to discover in Yazd; from small landmarks like Clock Tower to great Historical complexes like Amir Chakhmaq, or the amazing deserts and the abandoned village of Kharanagh. Another enchanting pursuit that Yazd offers is visiting Zoorkhaneh and the opportunity of getting to know about the traditional athletic spirit of Iranians through time.

As the oldest city of mud brick in the world, Yazd is one of the admirers of traditional ways of transportation than the modern ones. Therefore, buses are the first choice of the people of Yazd. Taxis are mostly running in the historical parts of the city or around the top attractions and although there’s no subway, the good news is that transportation applications like Snapp and Tap30 are also operative in Yazd.

How to Reach Yazd

In order to travel to Yazd you can either choose airplanes, buses, or the train.

-Bus: Yazd has two main terminals that are giving services to those people who like to travel by bus. Al-Qadir or Yazd Passenger Terminal located about 10km west of the old city of Yazd is the more significant one since it has buses to almost all the main cities of Iran such as Isfahan, Tehran, Mashhad, Kermanshah, Zahedan, Bandar Abbas, and Ardabil.

-Train: If you prefer travelling to Yazd by train, there are tickets to and from most population centers like Tehran, Kerman, Mashhad, Bandar Abbas, Isfahan, Kashan, and Yazd and the train station is located on the southern side of the city.

-Airplane: Shahid Sadooghi International Airport lying on the west side of the city is close to almost all the city attractions. Iran Air and Aseman are the airlines operating in this airport with flights to and from cities like Tehran, Isfahan, Shiraz, Bandar Abbas, Mashhad, Zahedan, and Kermanshah. There are also international flights to and from cities like Damascus, Baghdad, and Najaf. 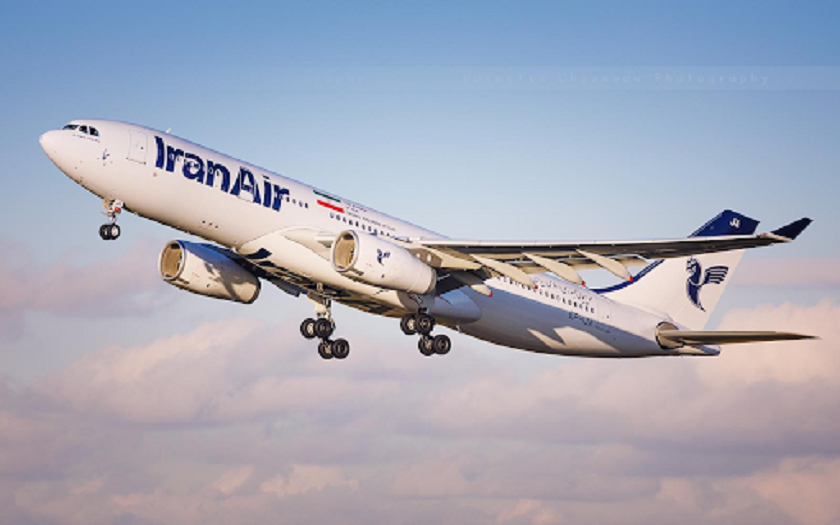 Now that you’ve become interested in visiting the city of wind catchers, you should know that Yazd is almost a two-season city since it’s located in a rather arid region with hot climate. A summer trip to this city surrounded by deserts is not recommended; yet, it would be best to travel to Yazd in colder seasons particularly March, April, May, or September, October and November.

Things to Take Home from Yazd

Away from the modern cities, the peace renewed in your heart is the first thing you get to take home with yourself from this historical city. However there are many other delicious souvenirs you shouldn’t forget about or other ornamental objects that are from this city’s most famous handcrafts. Sweets and goodies like Qottab, Baklava, Haj Badoom, and Loz (Yazd special saffron sweet) are the best of them. The Yazd Termeh is the most famous type of handwoven cloth with its delicate and intricate Persian patterns. Ikat (Dārāyi-Bāfi) is a technique in weaving a fabric and dying it that you can buy as a souvenir in Yazd Bazaar. Carpets and the bazaar of coppersmiths is also notable in Yazd and you might want to take a look at them. 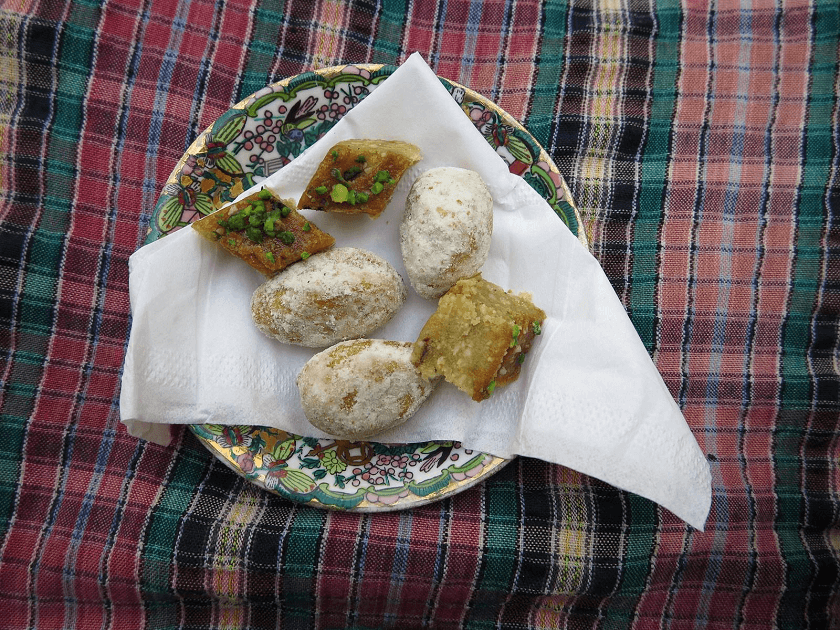 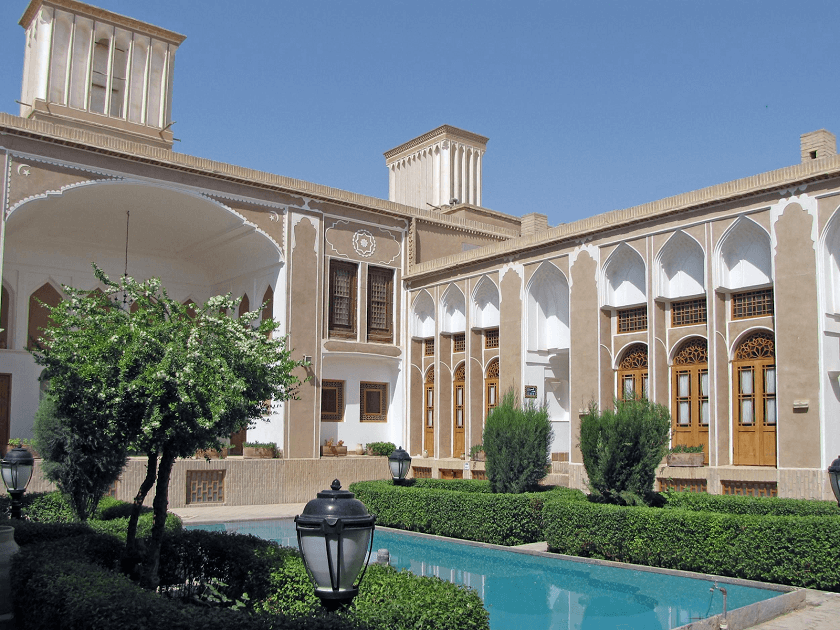 Once you’re interested in the city of Yazd, there are lots of good and traditional hotels with high quality in their given services that you can count on and spend your night and take a rest in the most convenient way. Moshir al-Mamalek Garden Hotel with four stars is built through genuine Persian architecture in a garden that dates back to the Qajar era and has become very famous for its perfect facilities and its lovely yard.