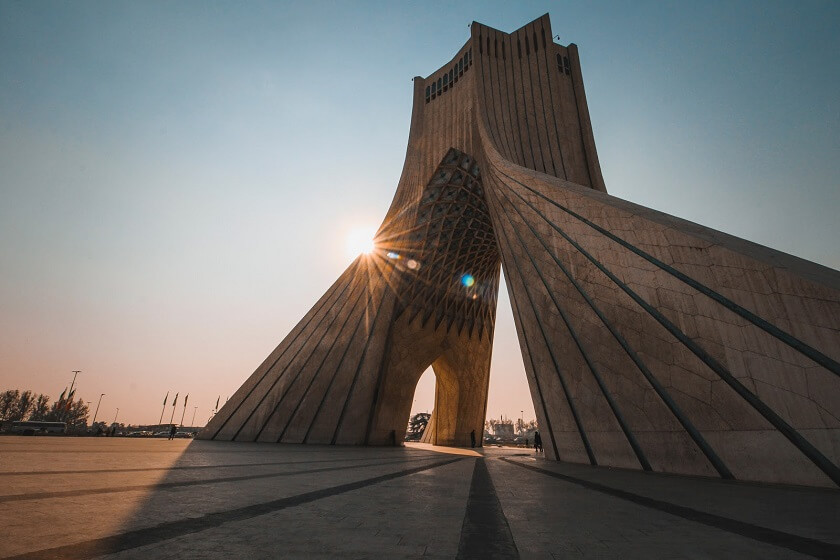 Straddling at the center of Azadi Square among a wide field of grass and flower buds, Azadi tower is one of the most famous landmarks in western Tehran. This glorious tower, with its unique architecture mixing the traditional conventions with modernity, was built in 1971 as a symbol to commemorate the celebration of the 2500th anniversary of the Persian Empire. On the outside, the glimmer of light on the ivory marbles enriches the spirit of this building and makes a suitable site for festivals, concerts, or only taking a walk on a romantic night. On the other hand, there’s a café and several galleries inside the tower, and finally a beautiful view of the city from the rooftop.