Tehran, A City of Love

Reputed as the city of chaotic crowds and hectic traffic right down the slopes of Alborz Mountain in the middle of Iran, Tehran is the capital city. Yes, Tehran has hugged a large number of people in its arms, but it doesn’t mean that there’s nothing to enjoy in Tehran. Although tourists usually prefer to skip the bustling capital of Iran and discover the historical Shiraz or the magnificent Isfahan, Tehran has its specific glamourous attractions. Tehran and its chaotic streets are just functioning as the beating heart of Iran, and only in this place, you get to touch the contemporary Iranian lifestyle, where the constant streams of contemporary arts, theater, and music are flowing all over the city either brand new or mixed with traditions passed through generations. Walking in the older streets or regions around the city Theater building of this city is a particular experience itself; therefore, to escape the difficulties of life, you can take pleasure in the exciting places you have no idea about in this city stretched down the Alborz Mountains.

Tehran has a lot of considerable charms, and the most exciting part of it can be related to the history of the former regime and the last two dynasties that have been a matter of interest to lots of local and foreign tourists in the royal complexes of Golestan, Sa’dabad, and Niavaran. There are magnificent landscapes like the Azadi Tower, the grand bazaar, and other modern constructions like Tabiat Bridge or Milad Tower that offer great views of the city, especially at night. As the center of museums in Iran, Tehran enfolds different museums on different subjects. After all, Tehran suggests the best cafes and the traditional tea houses after a long exhausting day. 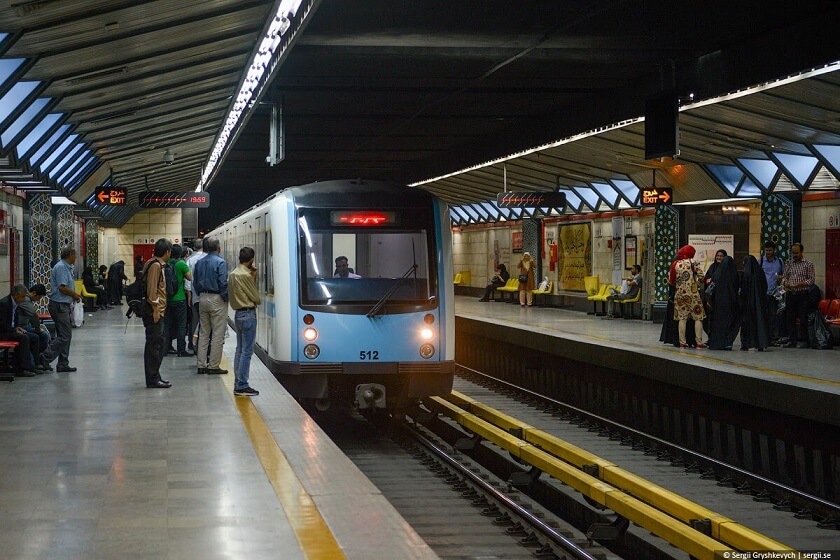 Public transportation facilities in the capital city of Iran has developed to a high degree. Besides an extensive bus network of cheap prices connecting all districts of Tehran, taxis are also defined to operate giving services to people with different destinations. If you’d like a door-to-door service, you can try applications like Tap30 or Snapp that offer reasonable prices compared to those asked by private hire taxi drivers.

However, the exceptional feature of Tehran’s public transportation lies in the extended Bus Rapid Transport lines (BRT) and the enhanced metro system operating as fast as possible under the streets. With the cheapest price possible, you get to have access to different spots and almost all of tehran attractions in its all four corners, from Azadi square to Tehranpars, or from Tehran railway station to Tajrish.

How to Reach Tehran

Being the capital has brought Tehran the advantage to be at the center of attention and be accessible through all major cities of the world by quick, comfortable flights. Besides, there are trains and buses from all over the country, heading to the capital city. Here’s more information if you’re up to travel to the beating heart of Iran.

– Airport:
Imam Khomeini International Airport of Tehran is allocated to the international flights while Mehrabad International Airport is assigned to the domestic ones for the time being. There are more than 40 international flights to and from Iran, and among those destinations are cities like London, Milan, Istanbul, Damascus, Dubai, Frankfurt, Kuwait, and Paris. Mehrabad Airport operates flights to almost all major cities of Iran like Mashhad, Shiraz, Isfahan, Bandar Abbas, and Zahedan. More-than-enough facilities have been provided in both of these airports; for example, you can change your money in banks and get your Visa on Arrival in IKA, and there are restaurants, shopping centers, and taxis in both of the airports.

– Train:
Located at the more southerly parts of the city, Tehran Railway Station has trains to and from many major cities of Iran like Shiraz, Yazd, Sari, Isfahan, Tabriz, Rasht, Qom and many other ones. Accessing to different parts of the city from the train station is very easy since there’s both metro and BRT station nearby. 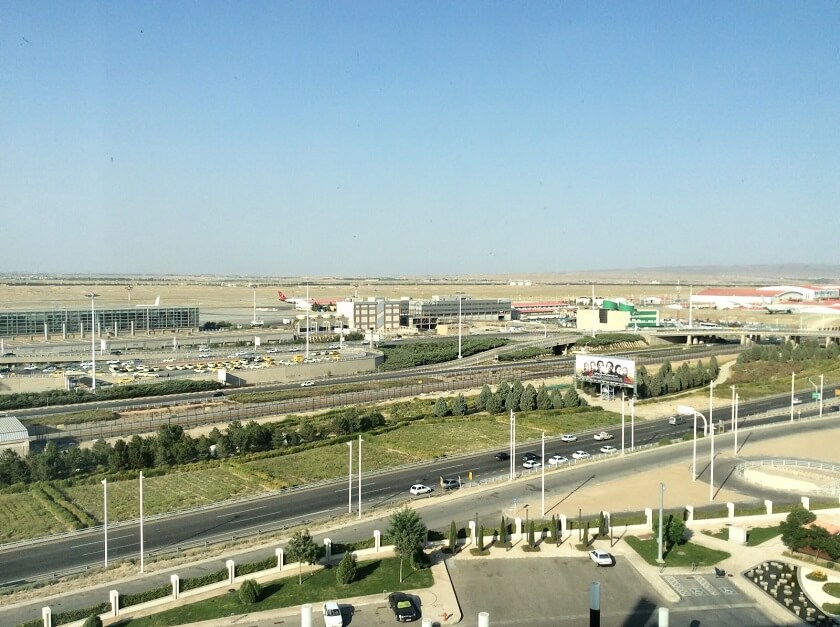 If you’re after a more peaceful state of Tehran, you are welcomed to visit the city during the Nowruz holidays when the town gets rid of its chaotic traffic. Due to the weather, the best time to visit Tehran would be April, May, or September to November because it’s neither too cold nor too hot while summer can be scorching, and in winter, the city is usually more polluted.

Things to Take Home from Tehran

Just think about all the things you could experience in Tehran in a week and all the memories you can collect: from skiing in the highest spots of the capital to the taste of the Tahchin you had in the Grand Bazaar, from viewing all the curious things in different museums around 30th Tir Street to strolling along the Valiasr Street, and gazing at the Alborz mountains standing high while you’re on the edge of Tabiat Bridge. All of these memories are things you won’t forget about this thrilling journey even when you’re far away from Tehran. 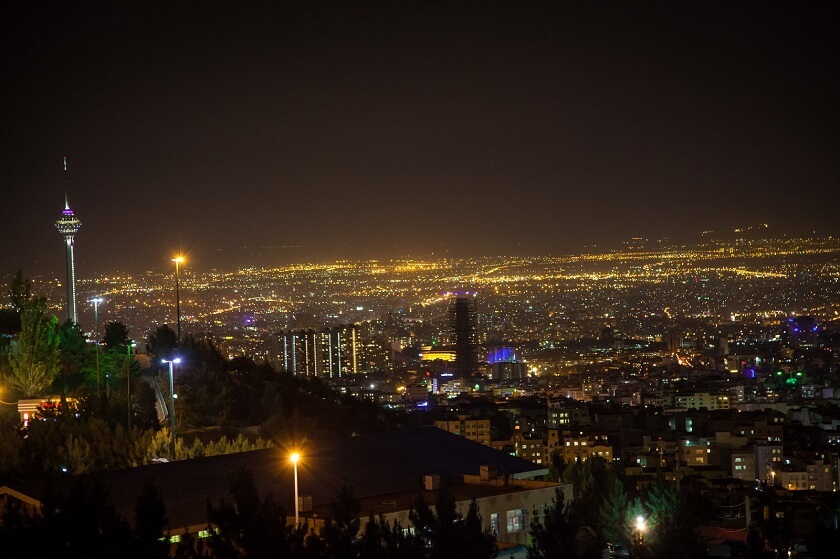 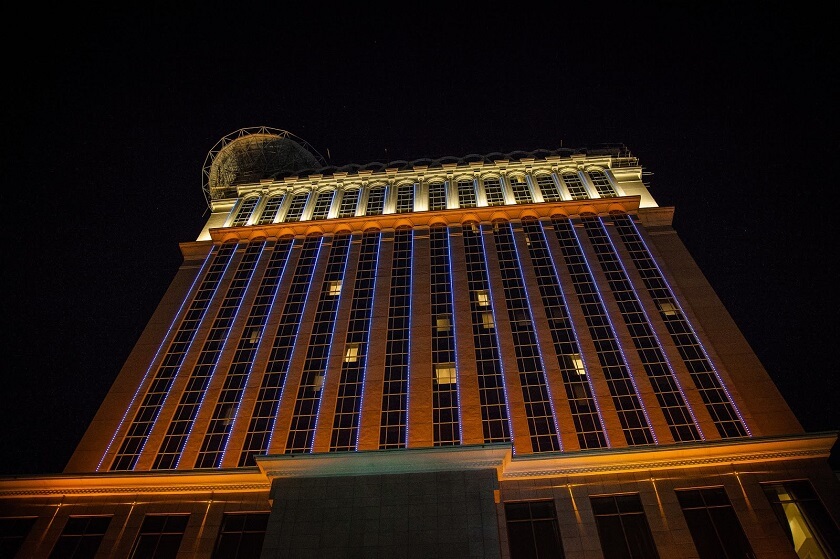 As the capital city of Iran, Tehran has all varieties of accommodation, from hostels and traditional houses to typical or more magnificent, modern Hotels with full five stars. Don’t forget to book your hotels on time if you’re going to visit Tehran in Nowruz when there’s an influx of tourists. Espinas Palace Hotel, Parsian Azadi Hotel, and Parsian Esteghlal International Hotel are among the best and most luxurious hotels in Tehran. Hotels in Tehran feature both modern and traditional architecture. Leisure facilities like the gym and swimming pools are typical facilities of luxurious hotels like Espinas Palace Hotel. At the same time, they are highly rated, for they feature stylish rooms with top quality materials.