Four Modern Buildings You Won’t Believe Are In Tehran

You are here: Home / Iran Tourism News / Four Modern Buildings You Won’t Believe Are In Tehran

Four Modern Buildings You Won’t Believe Are In Tehran 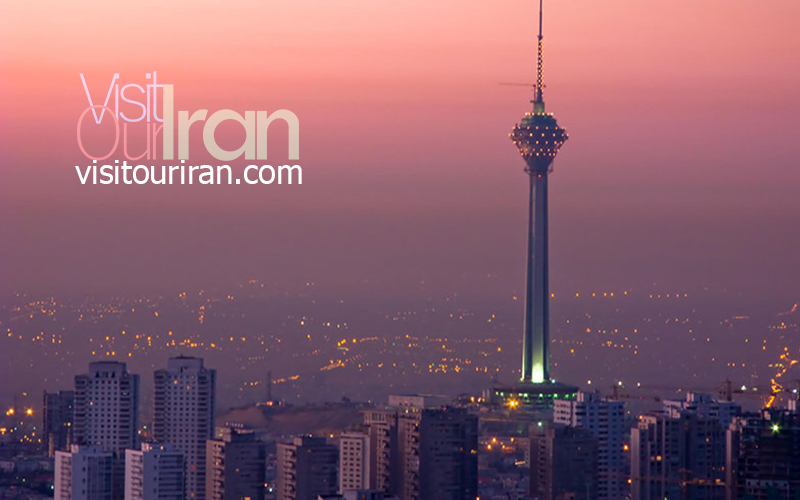 While Iran has seen waves of great political reform–and to some, regression–over the past several decades, both the monarchy and the current republic have used architecture to shape and reflect Iranian identity, especially in its capital city, Tehran. Iranian architecture has a continuous history dating back to 5000 BC and is marked by its cosmic symbolism, inventiveness and geometric balance. During the Pahlavi dynasty, much of the architecture imitated European styles at the risk of losing specifically Persian identity. Since the revolution, architects have migrated toward modern designs fused with Iranian inspiration, particularly in the capital.

The same attention to detail that brought Persepolis to life can still be seen in contemporary Tehran architecture. And while some people may perceive Iran as a country clinging to anachronisms, these four buildings beg to differ. They embrace nature, bring in light and are changing the façade of the largest city in Western Asia: 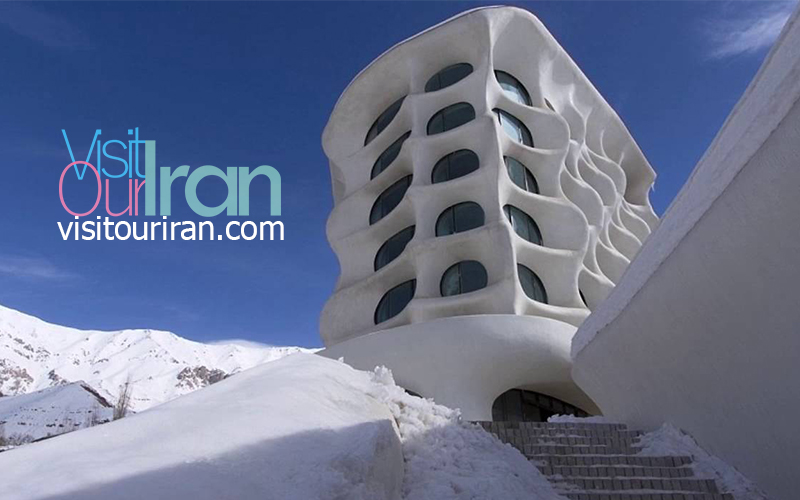 Many forget that the Alborz mountains make Iran a prime ski destination, and one that caters to a pretty high-profile clientele. Located just outside of Tehran is the Barin Ski Resort, whose form was inspired by igloos.

Located an hour outside of Tehran, RYRA Studio designed this resort to blend into the mountainside when snow-covered, as it bridges the gap between nature and architecture.

The architects focused on form and flexibility when designing the resort. Its organic shape nestles easily into the surrounding landscape. The building’s interior is modern and almost “space age,” with its curved walls, recessed lighting and minimal décor.

The designers were inspired by igloos and used topographic layers to mimic ice blocks in the interior rooms. Sunlight streams through intelligently-placed windows and bathes the area in natural light. 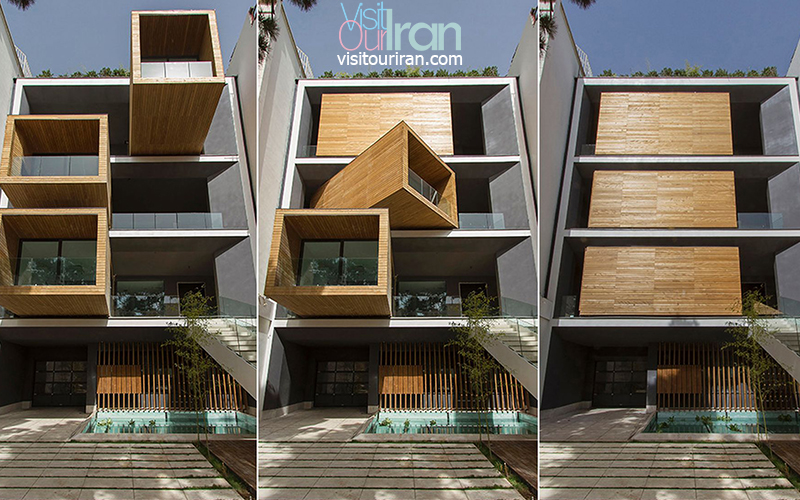 Architectural firm Nextoffice designed this home, keeping in mind the themes of uncertainty and flexibility. Instead of envisioning the home as a static object, the Sharifi-ha abode is meant to change with its surroundings. Designers play with volume, open spaces and closures to create a home that functions best throughout the seasons.

The Sharifi-ha house is seven stories tall and modular. A simple press of a button and the breakfast room, the guest room and the office rotate outside to let light in and create new patio space.

Iranian architects Nextoffice designed the home to adapt to homeowners’ needs. The house stays closed in the winter to maintain warmth, and in the summer it can open to create a breeze.

These inventive features add to the home’s energy efficiency, while embracing the features of the traditional Iranian home, which often has separate living spaces for winter and summer. The basement of the home receives light through a glass-bottomed pool. The two underground floors benefit from tall ceilings and an open stairwell. 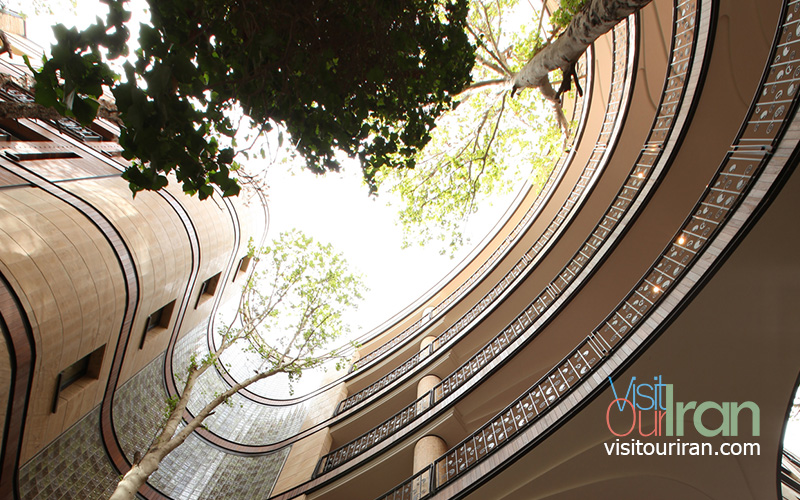 Over the past one hundred years or so, urbanization projects have rid Tehran of much of its green spaces. Architect Mohammed Reza Nikbahkt wanted to show that good, durable design and greenery don’t have to be antagonistic, and thus made this residential complex within the Niavaran neighborhood blend with its natural surroundings.

This curvy stone building envelops the surrounding greenery in Tehran’s Niavaran neighborhood. Previous construction projects had removed many gardens and parks, but architect Mohammed Reza Nikbahkt seized the opportunity to try something different. 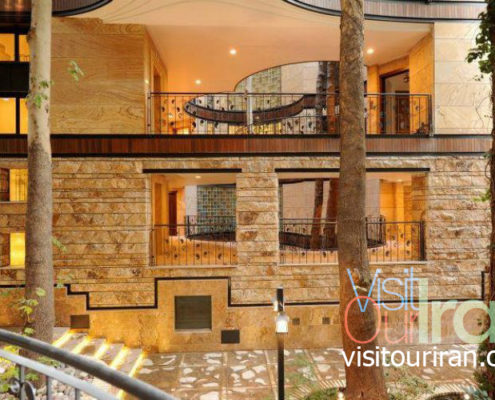 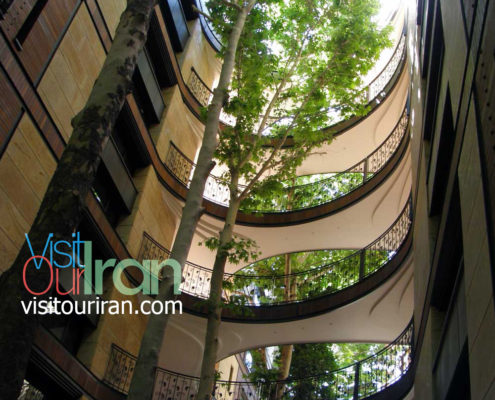 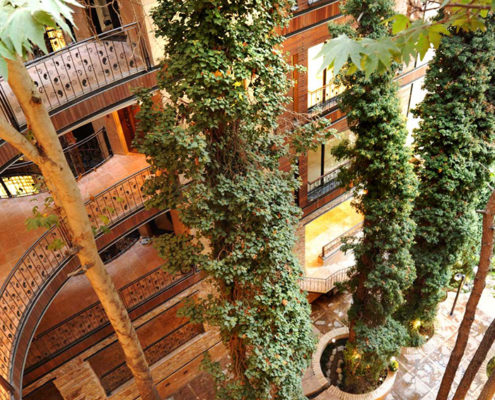 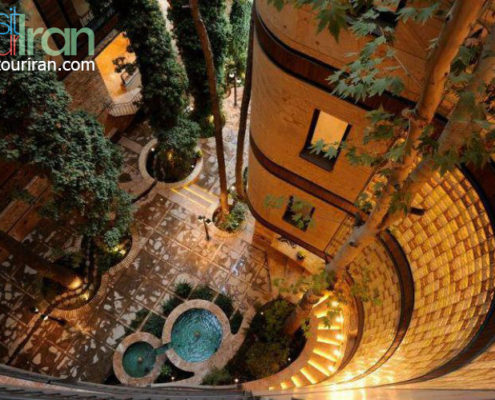 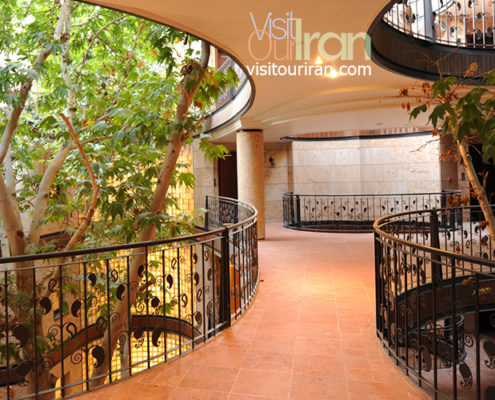 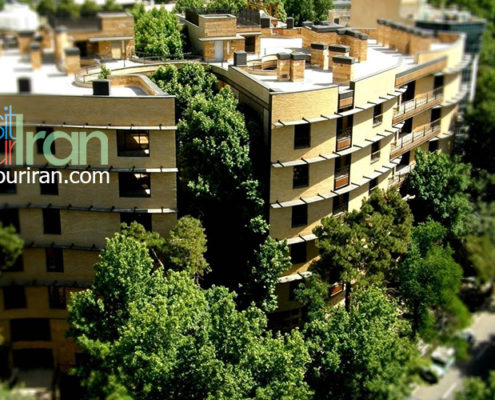 Gardens have long been important in Persian culture, so Nikbahkt designed the building to snake around existing trees that he incorporates into the overall aesthetic. The five-story building includes 30 residential units, along with a swimming pool, gym and ceremonial hall. The open spaces and trees assist with ventilation and provide for stunning surroundings. Flora envelops the levels of the building, softening the hardness of brick and mortar development and reconnecting residents to nature. 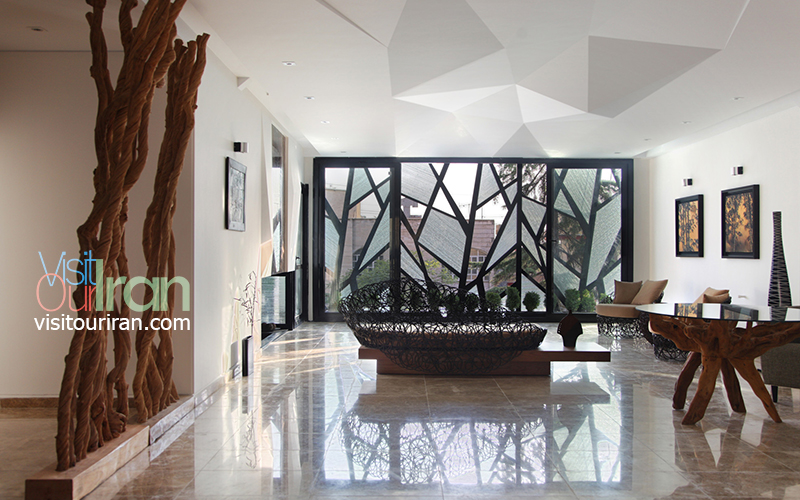 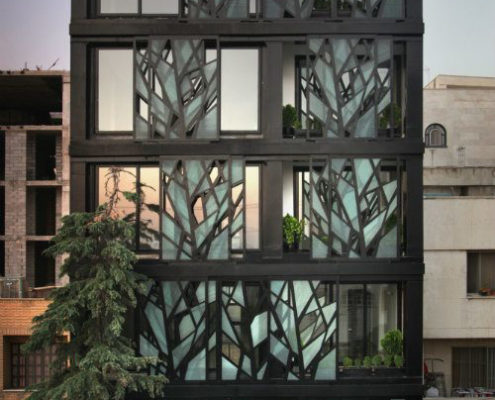 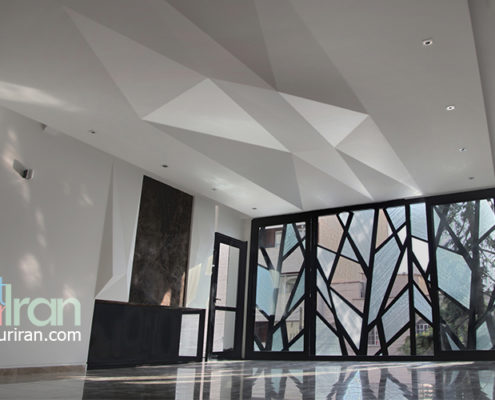 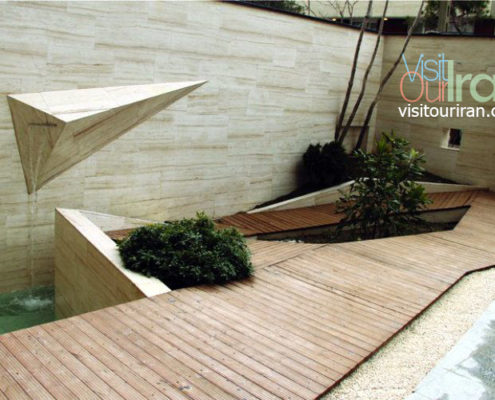 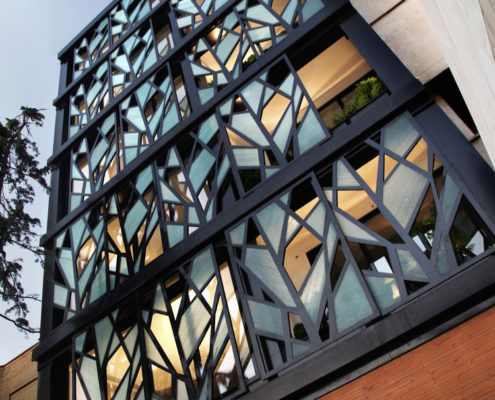 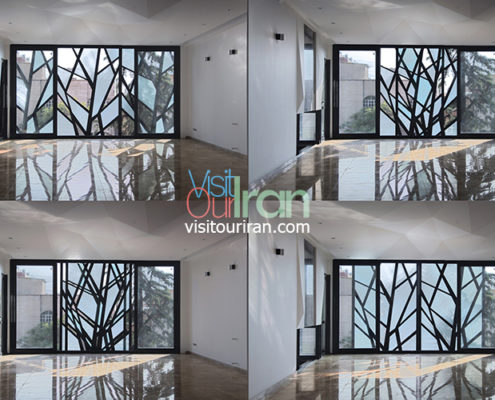 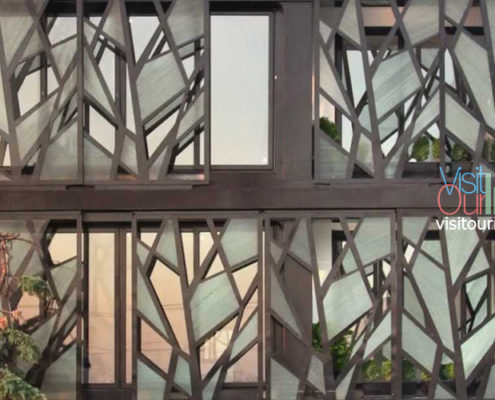 Sayadian and Kalantary installed a geometric garden to bring nature back to the urban landscape. The design uses trees, waterfalls and natural materials to create a space for relaxation and meditation.