The UNESCO World Heritage Committee, meeting for its 40th session since July 10 in Turkey, inscribed eleven qanats in Iran on the World Heritage List. According to TehranTimes.

Throughout the arid regions of Iran, agricultural and permanent settlements are supported by the ancient qanat system of tapping alluvial aquifers at the heads of valleys and conducting the water along underground tunnels by gravity, often over many kilometers.

Qanat is a gently sloping underground channel with a series of vertical access shafts, used to transport water from an aquifer under a hill. Qanats create a reliable supply of water for human settlements and irrigation in hot, arid, and semi-arid climates.

For thousands of years Iranian has qanat networks brilliantly for many purposes. The primary application is for for irrigation, providing cattle with water, and drinking water supply. Qanats used in conjunction with a wind tower can provide cooling as well as a water supply. By 400 BC, Persian engineers also mastered the technique of storing ice in the middle of summer in the desert.

The historical importance and complex system of qanat as well as their benefits for ecosystem were the main reasons for their registration, Iran’s Cultural Heritage, Tourism and Handicraft Organization announced in a press release on Friday.

Two of the registered qanats are located in northeastern province of Khorasan Razavi; the Ghasabe qanats of Gonabad, the oldest qanat in the world with more than 2500 years old and Baladeh qanats of Ferdows for its complex water distribution method.

In Yazd Province, Zarch qanat, which are the longest qanat in the world with 71 Kilometer length and Hassan Abad Moshir qanat, which its high volume and good quality of water, are also on the list.

Also on the list are Goharriz qanat, Akbarabad qanat and Ghasemabad qanat from Kerman Province. The first is registered for its water supply from fault and the two other for being twin qanats.

Ebrahimabad qanat in central Arak Province also amongst 11 registered items, which is registered for its conical shape of the qanat. 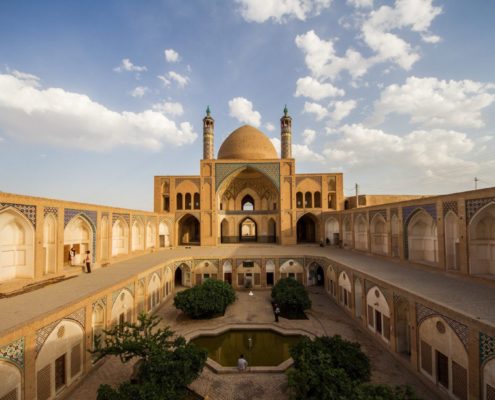