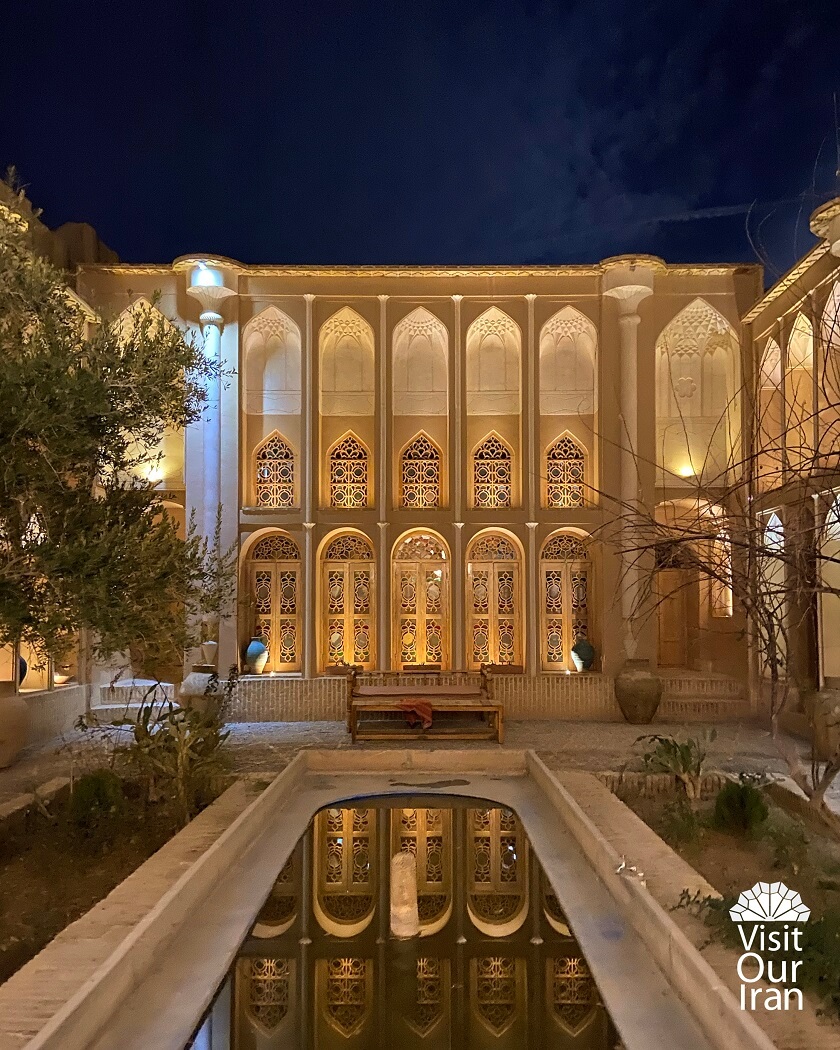 This house is registered as a national heritage in Yazd. It has existed for over 200 years and belonged to Mr. Yeganegi, a Zoroastrian businessman who first built this house, which is inherited to six to seven generations. The last person in 2001 sold the house to Mr. Kasra Vafadari (who is also a famous Zoroastrian of Yazd). Mr. Vafadari has a Ph.D. in History and Linguistics and grew up in France. This house was abandoned for several years before it was purchased and restored by him. The house is in the City centre of Yazd near Zoroastrian Fire temple (Only 2-3min walks to reach the Fire Temple). The house has an area of about 2000 meters and consists of three courtyards; the inner patio, the outer yard, and Narenjestan. The purpose behind building this hotel was to help tourists visit a traditional historic site, learn about the lifestyle of ancient Iranian people, and introduce Iranian culture as well as their comfort and relaxation. The rooms of this hotel have been designed using the finest architectural styles. To blend in with the traditional style and modernity of this hotel, we can mention the floor heating system. It can also be noted that Yazd has a hot and dry climate, and the summer sunshine is very intense. For this purpose, the hotel has set up split-system air conditioners for the comfort and convenience of tourists. Inside each room, there is a fridge, a toilet, and a shower. Four of the rooms also have a bathtub.

The reason for naming this hotel “Seneek” (three-good) comes from the words of one of the Zoroastrian elders; good word, good thought, good deed. The hotel has 13 rooms, each named after prominent personalities and designed due to the personalities such as: 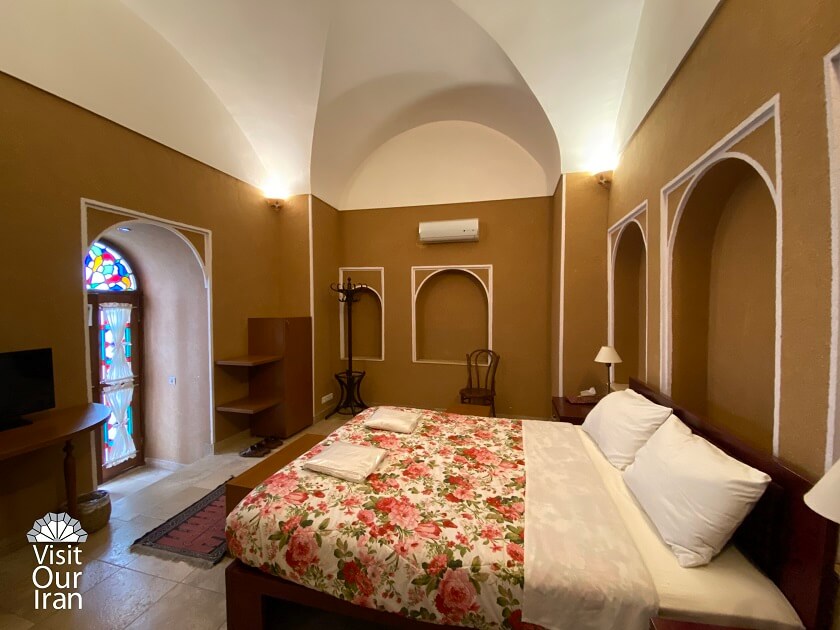 The hotel’s interior has two lobbies. In the first lobby, you can see the reception area. The old construction of the hotel had a door on each side of the house. To this end, if a child was married, he would be able to live with his parents but separately.

The inner patio was built for family use. This yard has higher density rooms and is smaller than other yards. Therefore, these rooms absorb more heat in the winter. Most of the attention was on family comfort rather than modernity.

The outer yard was specialized for guests, and it is larger and more luxurious than the inner patio. There is a pond with a fountain inside in the middle of the yard, which lit in the presence of an exceptional guest. One of the five-door rooms in this place absorbs sunlight a lot. All rooms in this yard have two floors, except for one which has only one floor. This particular room has not yet been refurbished. It is estimated to be ready by the next year to become a dining room for serving breakfast. The summer hall in this yard is back to the sun, and there is also a five-bedded room, which is the largest. There is also a kitchen in this yard for guests who used to bake bread in the old kitchen. At the time of Qajar, bandits were attacking houses, and the inhabitants had to hide their food on the ground floor of these kitchens. 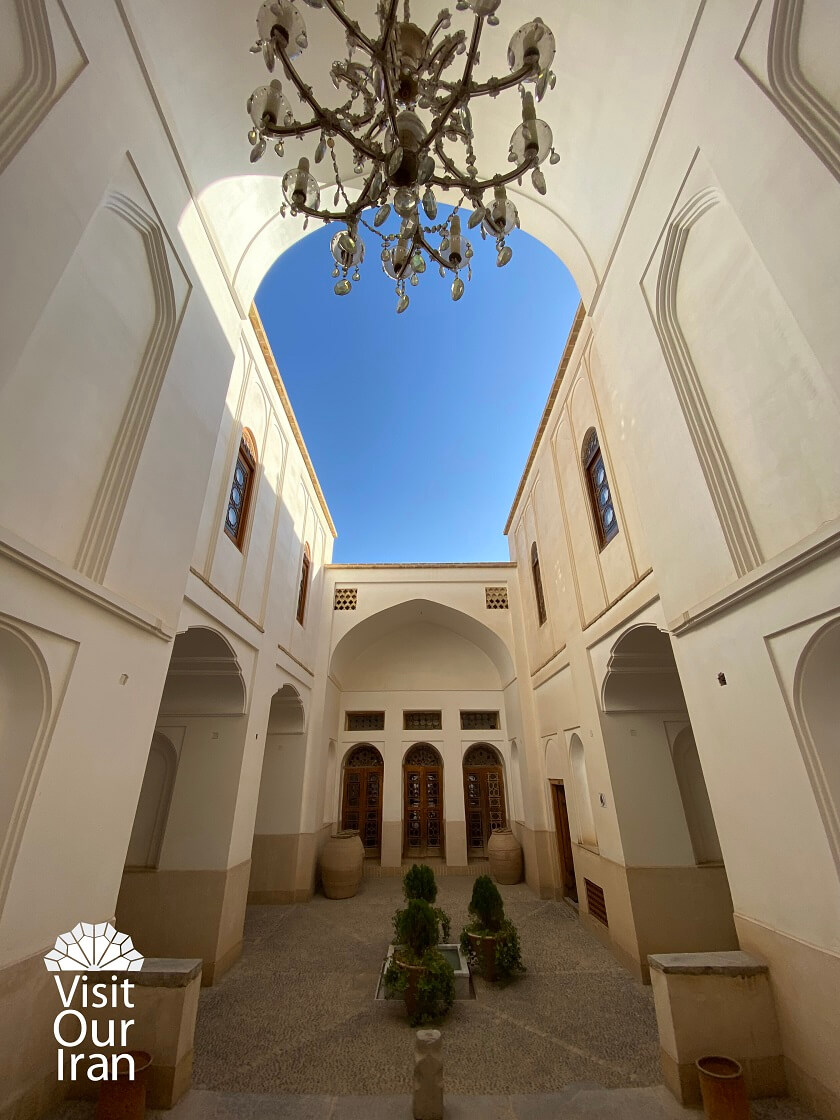 Naranjestan was created for trade and was used instead of shops. The shelves there were filled with textile and spice because of their intercourse with India. This shop also has a separate door into the alley. It covers about half the area of the house and is the most massive yard.

In the construction of old houses, much attention has been given to making houses in harmony with nature to make better use of it. The south side of the house facing north is in back position to the sun. So, the halls are all located on the south side of the house. Just opposite, the rooms are facing south and are sunny from morning to the afternoon and are the best choice for winter accommodation. The building also had a roof-mounted place on the roof that guided the wind into the room in the summer and kept the room fresh and cool.

There are also rooms in the basement of the house, which are very cold in the summer. Basement air temperature is always constant. In summer it is colder than other rooms and warmer in winter. There is a basement in the architecture of each house in the area. The most important reason for the existence of basements is the soil. The construction of these houses was made of raw clay, and it was easier to remove from the basement to expose it to sunlight. The basement, which is placed under Naranjestan, used to be a gallery of paintings.

A vault or fridge is also another part of the hotel’s spectacular old-fashioned. The coolest part of the house is the pit used to store meat, nuts, and food.

The only way to access clean and clear water was local water storage in the neighborhood. But the families living in luxurious houses paid a yearly fee to cross the aqueduct through their homes. The cost was also spent on maintaining the conduit and dredging. There was also another way to access water. There were 40-meter wells where guests could access the water on the first floor instead of going to the vault. The cask in which the water was stored had two types. One type was made by raw clay that people waited for it to dry after it was made. Therefore, they are less waterproof, softer, and less resistant. But the other type of cask while making it by clay, they made a fire inside to bake it like a brick. Therefore, the material is stiffer and more resistant and waterproof.

You should not miss visiting this fantastic place! 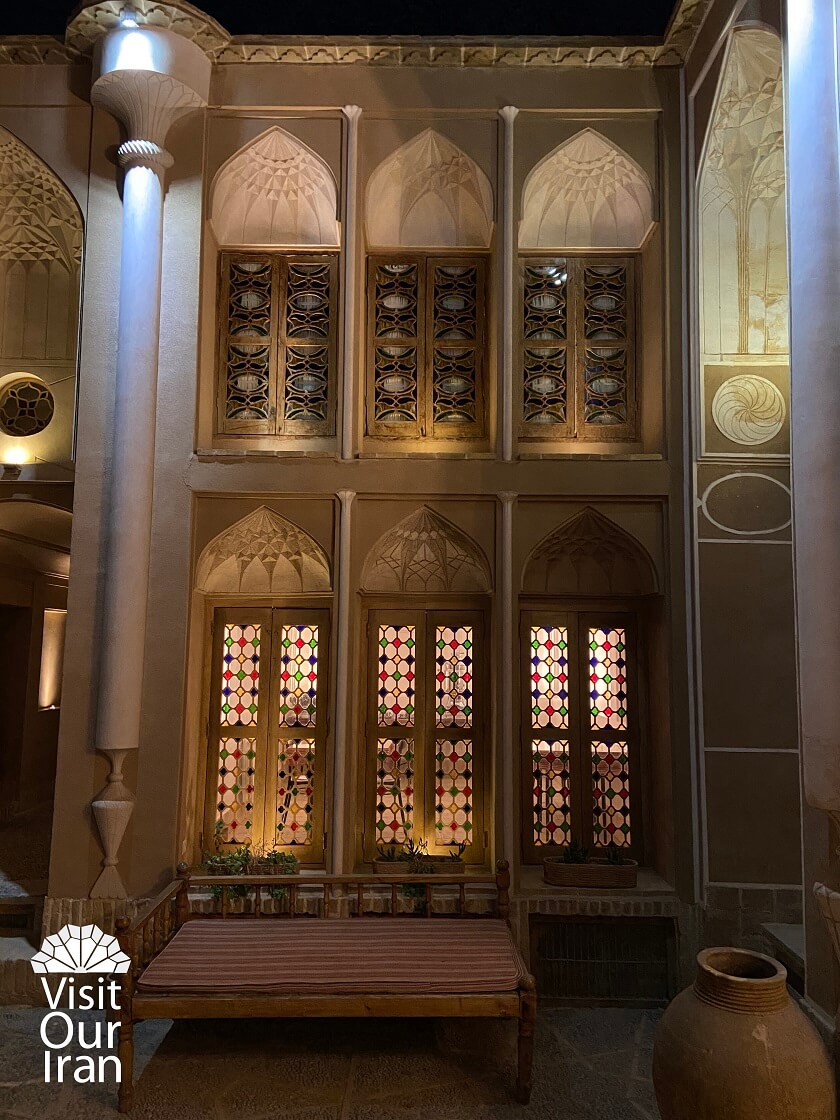 Nowruz; a Celebration for Unification

A new perspective, Jennifer green writes about her life in Iran during coro...
Scroll to top